Maverix’s John Ruffolo on resilience, passion, and investing in companies that will benefit Canada’s future 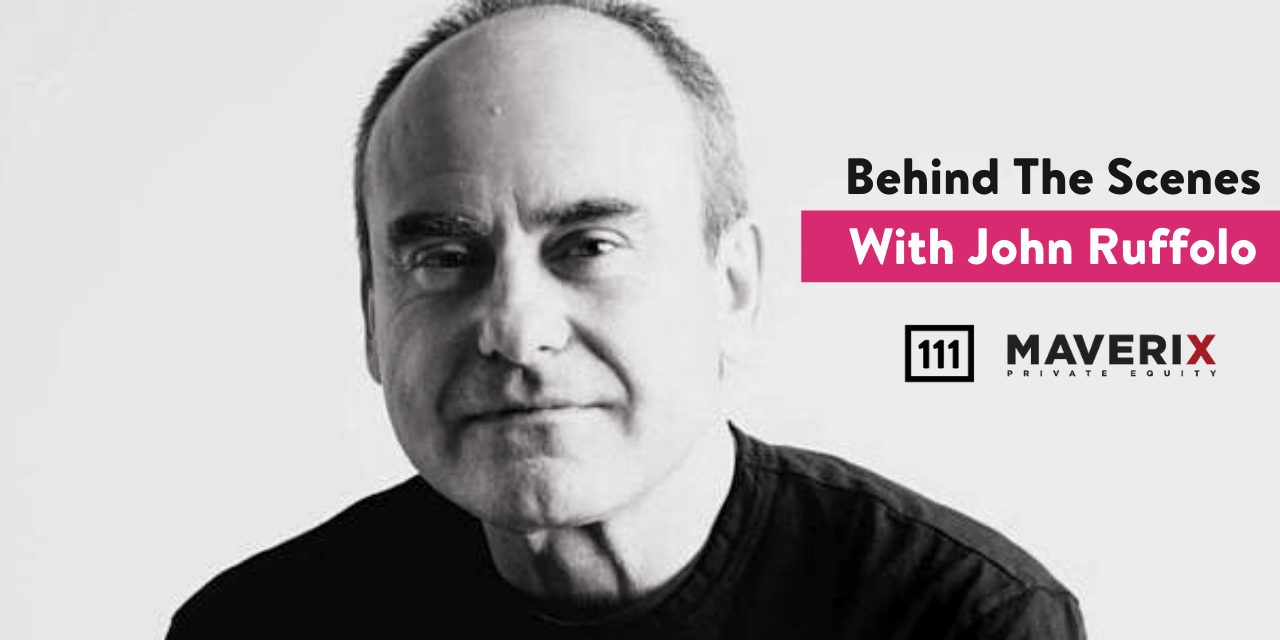 Last week, the OneEleven community heard from John Ruffolo, Managing Partner of Maverix Private Equity, about resilience and passion, and what he looks for when investing in promising businesses.

Matthew Lombardi: What have the last 12 months been like for John Ruffolo, specifically the last 9 months – since your accident in September 2020?

John Ruffolo: It’s kind of a three-part thesis over the last 10 years. When I first built OMERS ventures, I was really trying to address the first part of my thesis – to help companies get from 0 revenue to $10M. As I evolved the thesis, I moved it from 10M to 100M. The third part was getting from the 100M to $1billion+ – this was the thesis behind the foundation of Mavericks.

It wasn’t until around the fall time of 2020, after COVID-19 hit the world, that the capital sources started to say we’re ready to redeploy capital and we were gearing up again for fall 2020’s first close. And one night in September, as a passionate cyclist, still cold, in the middle of the week, I went for a 100-kilometer ride. I was run over from behind by a tractor trailer.

The reason why I came back so quickly, even though I was in hospital continuing the fundraise, was not because nothing was going to get in the way of the third part of my mission. The reason why it really worked is I had built a team around me that was passionate and understood the mission. It was them who really enabled me to continue to carry on the mission and take away from me all of the details that were critically important, but I couldn’t physically do it. It enabled me to focus on the 2-3 things that I’m best at. So, it was this combination of achieving the mission but it was only achievable because I spent the previous 2 years building this team around me who right now are all working for Maverix Private Equity.

Mathew Lombardi: It’s well documented that you defied all medical predictions about your recovery. You were told you wouldn’t walk again, and you’ve astonished doctors in terms of mobility from the original assessment. What helped you in continuing your mission and the 3-phased approach? What are some of the mental tools you have drawn on to get going?

John Ruffolo: I drew upon one of those key things that I look for as an investor and have been telling the market for 10 years, and frankly it was the first time that I had to really drink my own kool-aid. It was really around passion and resilience and for the founders it kind of validated what I’ve said for 10 years.

There is a thread of the investments I have made and continue to make that are centered around the founders and why they are building a particular business. If something is gnawing at you for solving a problem, you’re not trying to simply get a big exit for money but you really want to solve the problem – the investors that will go to all lengths in order to get through the problem. It’s the same thing with me. I set out to solve this particular problem in 2010 and if you go back to 2010 you will see that I actually said it will take me 10 years to complete it. I was going to go through anything, unfortunately, I never expected death was truly one of the obstacles for me.

If you’re not really passionate, when the problem that you’re solving becomes insurmountable, it’s very easy for you to quit, because you then go on to the next problem. This is something I try to sniff out when I am meeting with founders. The shareholders will decide for themselves what the possibility of the exits might be. Your job is to say, I’m going to build this for as long as I can and I’m gonna build the biggest companies possible. Resilience and passion are a very big part of what I look for and who I am.

Matthew Lombardi: You had stated in the past that you were on a mission to help change the future of the country and fill a gap in the VC ecosystem. What’s the new burning platform with that?

John Ruffolo: We have got a whole bunch of companies that have gone from 0 to $100M. Now, what our team is looking to do is grab those companies at 100M. The $100M stage is where you really determine whether you move from a founder-controlled management to a really professional management as you might consider an IPO etc.

What happens is, it is extremely tempting to sell largely to US bidders who have a lot of capital. The capital in the United States is zero cost with an exchange rate advantage, which makes it very easy and tempting to sell. There’s nothing wrong with doing that but we don’t end up with a Shopify that doesn’t get us the economic multiplier impact. Our job really is to find entrepreneurs that have a problem that they want to solve and are going forward.

When I got the shopify at the time, it was an insane amount of money – a $100B check. At the time Shopify had 2 competitors – BigCommerce and Volusion – all about the same size. The idea really was to suck the oxygen out of the ecosystem and declare Shopify the winner so they would attract the best people and the best customers. It was a very risky attempt.

At the time I said let’s do 100B and I’ll put in half. A $500M check in an early-stage company in 2013 is like putting in a $5B check today. The entire team had massive anxieties and we were either going to look like the biggest fools or geniuses. It’s the same thing today. The companies that we are looking for, particularly the Canadian ones, are those folks that need the support to go forward and to scale – to scale using technology – and we will issue a very large check. The idea is to keep headquarters here, grow the business, support them in the scalability of the business and even though they grow their employee base around the world, they stay here. This way, the economic value stays here. All of our investors today are Canadians and we keep the gains in this country so that we can reinvest. This is the magic of the economic multipliers.

Women Founders Series: How to build an early-stage funding plan

It is difficult to find investments in the […]

OneEleven is back, but what’s new?

OneEleven is back. In the latest episode of […]

There have been a lot of questions around […]